It doesn’t have to taste good, it just has to get you through race day.

My family does not like the taste of my cliff bars, gels, or energy drinks. That’s a good thing because that means they aren’t sneaking them out of the cupboard before I can pack them.

I had no idea what my food intake would be for my 50 Miler but I knew I would be burning a lot of calories and would need to replenish. I had heard all the horror stories of not being able to keep food down on these events.

For the most part, nutrition intake went well enough, although I didn’t eat nearly as much as I thought I might. I started with 3 cliff bars, 3 gels, and 2 litres of water. At the end, after 13 hours, I still had 1 bar, 2 gels, and 1 litre of water left. I grazed at the 6 aid stations: a few chips, and gummi bears at each, plus a couple cups of soup (and some Gatorade and coke).

I must have burned a lot more calories than that. It was cold enough that perhaps I didn’t need more hydration but I though I would have needed more electrolytes. I was feeling low on fuel for the last hour and I should have had another cliff bar or gel but the finish line was so close, I thought I would go without it.

And I hardly ate after the race. My stomach just wasn’t up for it. But over the next few days, oh yeah, I downed a lot of food. I am still downing a lot of food and barely exercising. 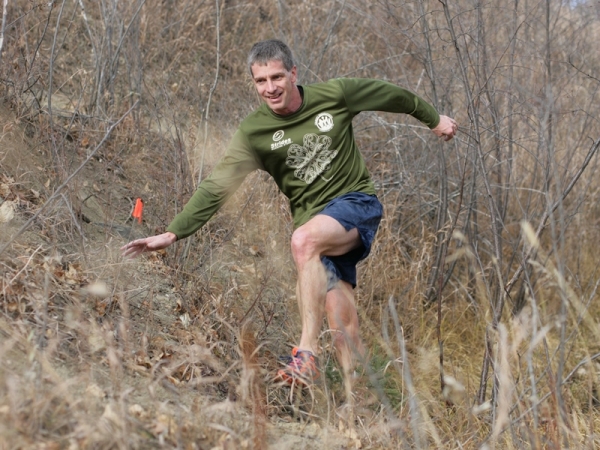